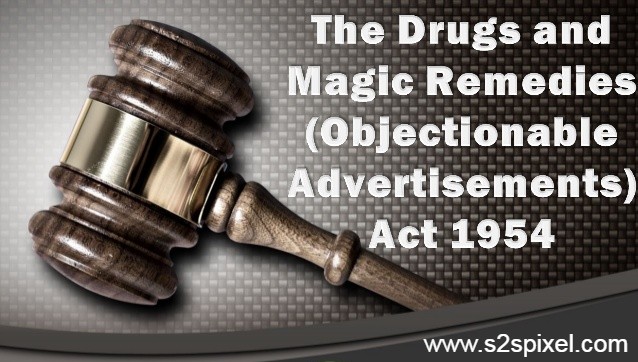 The government has proposed to amend the Drugs and Magic Remedies (Objectionable Advertisements) Act, 1954.
As per the draft bill prepared by the government, it could slap a fine of up to Rs 50 lakh and imprisonment up to five years for advertisements promoting pharmaceutical products for fairness of skin, deafness, improvement of height, hair loss or greying, obesity, among others.
Under the new draft of the Drugs and Magic Remedies (Objectionable Advertisements) (Amendment) Bill, 2020, a fine of up to Rs 10 lakh and up to two years’ imprisonment has been proposed in the case of the first offense. In the case of a subsequent conviction, imprisonment may extend to five years and the fine, up to Rs 50 lakh.
In the current law, the first offense subjects to imprisonment up to six months, with or without a fine, and up to one year for a second-time conviction.
The present law identifies ‘magic remedy’ in the form of a talisman, mantra, kavacha, and any other charm of any kind which is alleged to possess miraculous powers for or in the diagnosis, cure, mitigation, treatment or prevention of any disease in human beings or animals or for affecting or influencing in any way the structure or any organic function of the body of human beings or animals.
According to the Ministry of Health and Family Welfare, it is proposing the amendment “in order to keep pace with changing time and technology.”
The draft amendments also proposes to expand the definition of an advertisement to “any audio or visual publicity, representation, endorsement or pronouncement made by means of light, sound, smoke, gas, print, electronic media, internet or website and includes any notice, circular, label, wrapper, invoice, banner, poster or such other documents: Provided that label or wrapper is an advertisement only if it contains any information or claim other than provided in the rules.”
In the draft bill, the ministry has proposed to prohibit advertisements of medicines and products purported to cure “any” of the 78 diseases, disorders or conditions it has specified. The previous Act had 54 such diseases, disorders and conditions.
The ministry has decided to solicit suggestions, comments or objections from the public or stakeholders with regard to the said draft Bill. It may be forwarded within 45 days, says the ministry.

Popular posts from this blog

November 25, 2019
Why push notifications becoming popular Push notifications are a good way for affiliate marketers to reach their audiences. Now, they no longer have to rely on things like social media and blog posts.  They can send out notifications to their followers’ smartphones in the form of text messages. Sure, some people may find this annoying, but others will look forward to getting immediate notification of something that they find interesting. Well-crafted and properly sent push notifications will change the ways in which these affiliate marketers and influencers do business because it’s a bit harder to get lost in the changing algorithm shuffle with them.
Post a comment
Read more

How Marketing Agencies Can Boost Their Own Marketing

November 12, 2019
Most marketing firms and advertising agencies put so much effort into making other companies’ marketing efforts work that they often neglect their own.  Marketing  for agencies themselves rarely consists of more than “word of mouth” — hardly a sustainable growth strategy. While  marketing agencies  are now better than ever at effective positioning and establishing a profitable niche, they continue to struggle with taking their message to brands directly. While agencies continue to push boundaries in terms of SEO strategy, social media marketing, content marketing, thought leadership, and sales outreach, they continue to fail to effectively implement these strategies for themselves. Every marketing agency is hungry for the ideal client — one that matches its capabilities, category experience, expectations, budget, and  overall company culture  — but nailing these high-level clients doesn’t just happen randomly. The key to getting the right prospects is being in the right plac
5 comments
Read more